Taxonomy is the science of elucidating groups of biological organisms on the basis of shared facets and rendering nomenclature to those groups. In this post, I am going to classify entrepreneurs as a special group of species homo-sapiens-sapiens. This is not to say that entrepreneurs are of different species from any other human being but they hold distinctive characteristics that set them apart from all else.

Some have called them weirdo’s, they are always in their own world, they like to cause chaos, they can be authoritative, and never give up. Entrepreneurs like to go against the currents and are great risk takers. They have faith in their efforts but plan before they leap. Strategy is always their main tool, they slip but never fall even if they fail in a particular area, they understand that failure is part of success, but some of the unusual traits that most entrepreneurs share in common include;

Entrepreneurs delete these two words in their dictionary. They always go against currents and nothing can stop them from going for their vision. Once they set up their minds in achieving something, they will go for it even if there are tough barriers of entry. The ability to start a business is by itself against so many statistical facts. It is also good to point out that entrepreneurs who are value driven tend to perform better than the profit driven. Since there are no definitive features to qualify these people as specie of their own, this qualifies everybody to be a potential entrepreneur only that some differ at the degree of resilience and persistence.

This is the ability to grip something firmly for so long before you let go. Entrepreneurs can hold an idea for so long before they let it slip off their hands. Mostly they are never worried of time it takes before they see their dreams come true. Tenacity drives them in tough economic times and since they understand the sinusoidal market behavior, they can predict light at the end of the tunnel.

As the name suggest, to be an entrepreneur you must have self confidence and believe in your self before anybody else believes in you. “Whatever the mind of man can conceive and believe, it can achieve” (unknown). Most entrepreneurs believe in themselves and their potentials. After all, it is never wrong to try, if you are trying the right thing. “It is only when you hitch yourself to something greater than you that you realize your true potentials” (Barack Obama).

Duo-contemplation is a word that I coined after being in strategic management for over two years. It is the ability to match two contrasting ideas in preparation to any unforeseen occurrences. Most entrepreneurs do not have this mentality and the single line of thought makes it very hard for organizations to bounce back in the market in case of any contradicting happenings. Successful entrepreneurs never take one side of thought and ride with it, they look at all facades and calculate a tentative solution for both. This elevates their management skills at all times.

Leonardo daVinci is crowned for his master piece Monalisa, Michelangelo contender for the title of the archetypal Renaissance man, also rival of Italian Leonardo da Vinci is known for his master piece Pieta. In recent years, Martin Luther King junior was known for his phrase “I have a Dream,” Barack Obama was propelled to presidency of the United States of America by a simple phrase “Yes We Can.” These are master pieces that were crafted by the artists themselves. Successful  entrepreneurs  develop master pieces, things that make them standout and unique. These are also ideas that later down in history are considered to have revolutionized an age. As an entrepreneur develop your own master piece.

Entrepreneurs are few in numbers, though through technological advancements and a paradigm shift that has happened in the work force globally, there has been a rise in the number of people who start their own businesses. Question to you; Are you falling under the classification of entrepreneurs? Yes You Can!

Please if you find this blog informative, share it on your social media, comment, follow, favorite and let other people learn from it too. That is the spirit of entrepreneurship. We are here to support each other. No one knows everything that is why we share, exchange and learn from one another. God bless you. 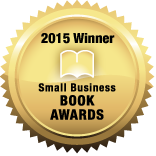